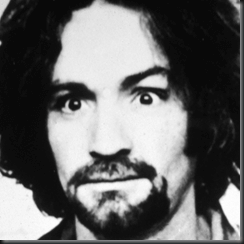 For the first episode in this series, History goes all in with the story of Charles Manson and the Manson Family murders. They believe there are still connections between the murder sites and paranormal activity. History goes to three "hot spots" that were pivotal in the tragic events and are supposedly charged with energy.

The first location is the house of David Oman on Cielo Drive. He claims to have seen a full bodied apparition in his house. The odd thing is, this isn’t the house were the first set of murders took place. Sharon Tate and Jay Sebring lives a couple hundred feet down the road. The first question is, what relevance does this house have to the events? Unfortunately, there doesn’t really seem to be an explanation for that. David simply feels that Jay is visiting him. He had paranormal investigators come in who claim to hear a voice say "Jay Sebring" and the words, "I had big plans". That to me seems a little too thin to draw such a strong conclusion. And again, why this house? Why not where the events actually took place?

Who may be the spirit out there? Some conjecture it’s Shorty Shay, a man Manson thought had called the police to raid the ranch. Shorty was supposedly taken out, killed and buried. His body was found several years later buried in shallow grave.

The activity continues at another location called Barker Ranch where Manson made his "final stand". Susan Atkins, one of the "family members" claimed that a lot of bodies are buried out in the desert. These could be young men and woman who didn’t accept Manson as their leader and when they tried to leave where silenced. Barker Ranch is quite literally in the middle of nowhere, out in Death Valley. No one would be allow to leave or be disobedient and since there was no transportation they could use, it would be easy to make them disappear. There are no names for those who might have been killed out there, but a cadaver dog has come across the scent of what could be four distinct graves.

There are also claims by Michael Channel that the odd outlines in the photographs that a friend took while they were camping out there is of a man turning to look at him in the face. Since these photos were taken at night and not with a very good camera by the look it, how can he say it’s nothing more than a bad photo? It’s the exact image of his body, just skewed. A lot of people would call this "fringe" lighting.

Since the land is now owned by the Park Service, they are less than enthusiastic to start digging up the area. Susan was quite chatty about the deaths and said the bodies were buried deep. She gave no number, but if it was that "easy" to find 4, who knows how many might be out there.

While this is a compelling story and certainly a sensational one, there seems to be a lot of holes in their theories. The first location really doesn’t have anything to do with the murders and is simply located close by. If that were the case, wouldn’t every house along the path experience the same thing? I’m not quite sure I buy into the proximity of it all.

And as for the other locations, while there was a body discovered at Spahn Ranch, and that is indeed a tragedy, it doesn’t seem like quite enough to support the claims of seeing the Manson family plotting the murders. Perhaps with all the drugs, anger and violence, something has been imprinted out there, but it doesn’t seem to stem from the source their putting forward.

Are there bodies at Barker Ranch? If Manson was involved, that’s certainly possible. And there could be a lot of energy out there. But then again, it could just be the ramblings of a weak willed and addle minded cult follower.

Some interesting evidence is brought up, but I’m not sure we’re getting closer to the truth.