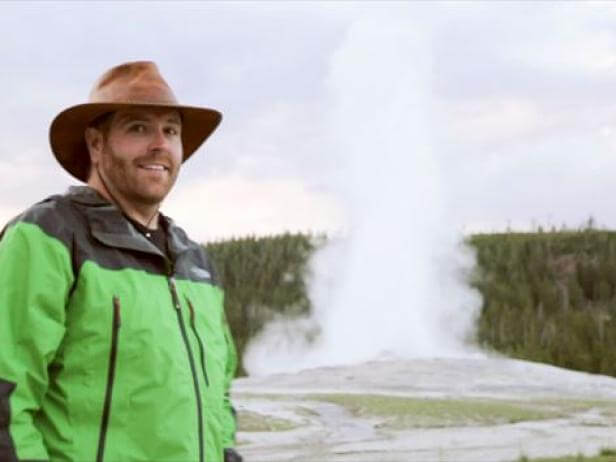 Our next outing takes us to New Mexico in search of a treasure chest filled with gold, emeralds, rubies, diamonds and other precious gems. And which pirate ship did this treasure fall overboard from? Well, none actually. In fact, it was buried only a few years ago. Buried deliberately and a map put out there for all to see. Well, a poem actually, but the treasure is available for anyone and everyone who wants to go looking.

What we have is the story of Forrest Fenn, who, having amassed a tidy fortune during his life, decided to leave behind a nice stockpile of wealth for someone else to find. Fenn grew up poor and loved the great outdoors. He became and adventurer and over time amassed his wealth opening celebrated art museums. It was his desire to create an adventure of his own, so when he was diagnosed with kidney trouble, he set about burying treasure and leaving clues in his memoirs. Not a bad way to be remembered I must say.

Turns out, he’s stronger than the doctor’s gave him credit for, and not only is he still alive, he’s still giving out clues to where the treasure is hidden. The real clue is in the first line of his poem, but he has since stated the treasure is in the Rocky Mountains and above 5,000 ft. So what’s in this treasure box? When Josh sits down to talk with him, he states about 20 pounds of gold and around 200 gems including the aforementioned rubies, diamonds and emeralds.

His main goal he says, was to get people into the outdoors, to have them take in the scenery, smell the pine needles, get away from their phones, enjoy the sunshine and have some fun. So far, the treasure remains unfound and after talking with Fenn, Josh is firmly convinced the treasure is real and hooks up with a couple of different treasure hunters to see what they’ve come up with.

His first stop, after visiting the local market of course, is Yellowstone National Park in Jackson Hole, Wyoming. He meets with JP and Yasmine who feel the first like of the poem speaks of the hot springs, which Yellowstone has plenty of, and there are plenty of canyons that match the description. But even with these clues and seemingly accurate markers, the treasure could be anywhere. It’s not necessarily buried, but rather “hidden” according to Fenn. So even if you were within a 1,000 feet, how would you know? But Josh makes a couple of good points.

Fenn was in failing health when he hid the treasure. He wasn’t away from home for very long, meaning a day trip to drop the treasure off and return home the same day. It also makes sense that the terrain would need to be fairly uniform and gentle since the treasure would be heavy and was carried.

With that, Josh heads back to Red River which is closer to where Fenn lived. He meets up with the Wright family, a multi-generation group of treasure hunters who gather together and head out into the woods. It’s daughter, mother and grandmother, who scour the hills looking for clues. You have to admit, while the chances of them finding the treasure is slim, the fact this family heads out together is pretty neat.

Another stop is Taos, where Josh meets Katya who moved there just to look for the treasure. She’s been on the hunt for two years and thinks the Rio Grande holds the answer to the loots location. They head down the river looking for an inlet Fenn may have used to drop off the treasure. Katya picks out key words she thinks are relevant and their outing turns into clues from something out of Indiana Jones. Is the light really supposed to shine through a hole in the rocks and point the way to the treasure? Does it point to an outcropping of rocks with a chest full of gold nestled underneath?

While Josh doesn’t unearth anything of consequence, he and all the other fortune hunters seem to be having a great time doing exactly what Fenn wanted – they’re under the blue skies, enjoying the great outdoors, embarking on an adventure. And it appears 35,000 people are out there experiencing the thrill of the hunt. Time will tell if any of them are in the right place.

The Thrill of the Chase