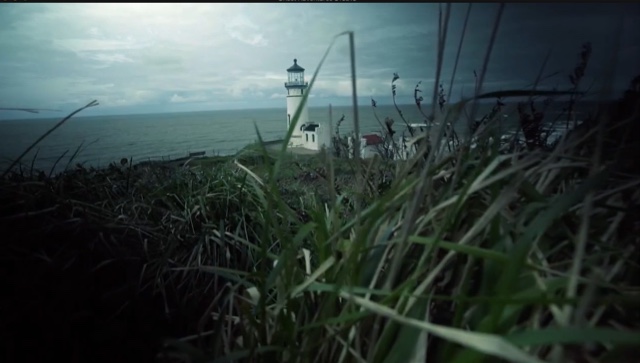 The investigation continues as we make our way to Cape Disappointment at the mouth of the Columbia River and the real Graveyard of the Pacific. Zak is here to investigate the North Head Lighthouse that overlooks Deadman’s Hollow, a colorfully named area of the shore, where some unfortunate sailors were caught after their ship sank. People still claim to see the crew of the vessel.

The lighthouse is of interest because of the death of the first light keepers, Alexander and Mary, who were affected by a dark force. Mary “fell to her death” and mystery surrounds whether that was suicide, murder or accident.

While talking to Barbara, we clearly hear from Mary herself that she stopped taking her medication and wants to get better. She has done wrong in the past, but wants to make amends.

Psychic Wendy says she feels negative energy and that Mary and Alex didn’t get along. She also claims there is something in the forest, something very old, and ties that to a Native American influence. When in doubt, make it about the Native Americans.

At the end of the interview, Wendy claims Alex is in the house. When Aaron checks it out, he gets “you’ll see”, “someone coming” and “need to know” on the recorder. Zak believes these foretell of dangerous events that will unfold.

Zak speaks with Jeff at the Maritime Museum, who shows just a smattering of the ships that have been lost in the area. He also makes reference to the Native Americans and spirits that haunt the area.

As they gather their thoughts, Jay explains there used to be 16000 Chinook Indians in the area, but disease and other behavior have displaced them all.

While they’ve brought up some interesting stories, and there is always a good ghost story be had when a lighthouse is involved, Zak glosses over and ignores key pieces of information.

Mary admits she stopped taking her medicine. What that might be, we never heard. It could be related to a mental disorder or a terminal disease. But, Mary makes the conscious decision to stop taking it. Ignoring free will, this is dark energy at work.

Fact is, these items are taken completely out of content and do not suggest a dark and sinister force at work unless you impose that. Maybe something did go wrong, or perhaps Mary did take her life as an act of desperation regarding an illness she could never defeat. Or perhaps on a terrible night when the wind and rain lashed against the lighthouse she suffered a horrible accident. It doesn’t sound like there was some sort of dark demonic force or ancient tribal retribution at work though.

But that doesn’t stop Zak from saying that Alexander is channeling through him, which causes Zak to throw a meter across the room as they review EVP evidence. Zak then storms out of the room, claiming he is filled with anger and agitation.

Ironically, they claim, “this isn’t like you at all,” when we have clearly seen Zak do this dozens of times. He has a fit, claims something has taken over him, gets mad, threatens the crew and storms out. This is exactly like Zak.

As the investigation starts, we once again see Billy lose his freaking mind because there is equipment failure. As a supposed audio engineer and as someone who has been in this situation more than once, you would think he would be both technically and emotionally capable of handling such glitches.

While chaos ensues and Billy complains, Zak is off in the corner channeling Alexander again. He claims to see Mary and tells her, “Don’t cry, and don’t tell me to calm down. Do you understand, Mary?” “You’re not gonna tell me that.” “Get up.”

Zak then turns on Jay yet again, this time for asking questions about Mary. They are getting too close to the “truth” and the Alexander spirit is trying to silence them.

They then go into the bedroom and capture a stick figure on the SLS camera. Billy gets a blip on the Tri-Field meter when Zak claims the stick figure jumps into Billy. Oddly, Billy is completely unaffected and doesn’t resort to threatening people or throwing things around.

Zak then claims he sees a dark, shadowy figure right as a door starts to swing closed. Or rather just swings as it doesn’t actually close because there probably wasn’t enough of a breeze to finish the job.

Not content with just a stick figure, Zak claims there is a “creature” with a tentacle arm reaching out for Jay. Clearly another desperate attempt to weave in some Cthulhu.

Finishing at the caretaker’s house, they head to the North Head Lighthouse itself to see if they can unravel the mystery of Mary’s murder, which isn’t a murder at all.

Jay brings out an old Zenith radio, which is actually pretty darn neat looking, and spins through the channels as Aaron asks questions. At one point, they tune into a beeping which Zak claims is a residual distress call.

The big “reveal” of the night comes at the end, as Aaron and Jay sit at the top of the light and ask how Mary was killed. They get a faint and staticy, “accident.”

While a lighthouse above “Deadman’s Hollow” on “Cape Disappointment” gives every impression of being haunted and creepy, we clearly have far more legend than evidence or common sense.

It makes for a lonely and engaging ghost story, but there is nothing to suggest anything sinister about this light house, or some vengeful connection to Native America culture, dark energy, or murder by throwing someone off a cliff.

All we have is poor Mary admitting she would like to do better in her life and making a decision to stop taking her medicine. Again, that medicine could have been Heroine, Morphine or some other opiate making her dependent on it. We have a huge amount of conjecture, rumor, speculation and good old fashioned wishful thinking going on here. Zak merely wants Alexander to be guilty of murder and tossing his wife over a cliff.