A season of being Stranded 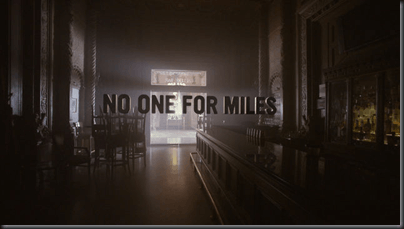 Despite how most of the people act on this show, I think it’s one hell of a ride. I love the idea of a group of people being allowed to investigate a location over multiple days in whatever manner they see fit. They can go wherever and do whatever strikes them at the time. I think this is way investigations should be done, over multiple days so people can get a sense of the place and what kind of noises, bumps, temperature changes and odd feelings are normal.

What I don’t like is how so many of these people who want to have paranormal experiences come unglued as soon as it starts happening. Why did you volunteer to be on a show about the paranormal if you’re going to act that way? It’s annoying and it’s silly. Have a spine for heaven’s sake. Show some damn courage. It was just a bump, it’s more than likely just an animal, but you’ll never know because you’re too damn busy running the other way.

Anyway, I still enjoyed the hell out of this show and truly hope Josh and Syfy put together another season for us. I think this is a great idea and these are great locations. I only hope they get some people who aren’t scared of their own shadows and who are willing to actually investigate.

But well done Josh, it’s been a great, albeit short season, and I really hope we don’t have to wait too long before more episodes come out. And quite frankly, I think you need to send another team to Yorktown Memorial Hospital, there is some cool stuff happening in there!