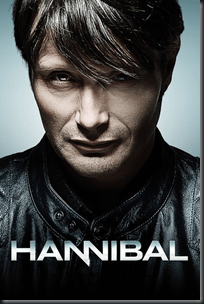 I just had a chance to sit down and watch the season 3 opener of Hannibal. There was some doubt we would even get this third season, but this first episode has me intrigued as we learn all sorts of secrets about Hannibal, his former therapist Dr. Bedelia, and that Hannibal had Dr. Abel Gideon for dinner on multiple occasions and their discussion were quite revealing.

We catch up with Hannibal who has managed to escape from Will and Jack and has made his way over to Italy. He has started a new life for himself as a professor focusing on the works of Dante. How strangely fitting. But there is far more to this story. Odd how a position just happens to come open right when Hannibal is looking for a  job. Further, we see there is a whole lot more to relationship between Hannibal and Dr. Bedelia. Seems they were more than colleagues, more than doctor and patient and without giving too much away, they had much more than a passing knowledge of each other. It also comes out that Dr. Bedelia is quite aware of who and what Hannibal is.

As we look to the recent past, we see that Dr. Gideon and Hannibal had quite a few interesting dinners together. There was a lot of conversation about how Gideon wondered how Hannibal would feel when it became his time to be the hunted animal. I have to say, those scenes got a little more disturbing each time we meet up at the dinner table. Gideon looks worse and worse each time and something about him seems to be missing. I’ll let you chime in when you get to that point.

We also get a glimpse into how Hannibal seasons and prepares the meats that go into his recipes. He takes great care to marinade his cuts with sauces and spices and even shows how he grooms and feeds the snails he will later use in his cooking. There was some awkward moments with that one. And the way Gideon looks on at what he is going to be served actually makes you feel sorry for the guy.

Strangely, as Hannibal begins to settle in with this new job, a new visitor shows up on their doorstep. He gets invited over for dinner and Dr. Bedelia is actually shocked Hannibal, "lets him go". Ok, that is pretty grim business. Bedelia knows exactly what Hannibal is capable of and even makes the unusual comment that Hannibal "wants her to taste good" when a comment is made about the food she is eating. This makes for some raised eyebrows at the table and their guest begins to wonder what sort of party he’s been invited to.

But the new visitor is brought back and it seems Hannibal is back to his old tricks and Bedelia is right at his side.

I have no doubt this is going to be an eye opening, jaw dropping season. I think Hannibal is an incredibly suspenseful and dramatic telling of the Hannibal story that is far superior to the crap movies that Anthony Hopkins put out. That Hannibal was laughable and pathetic. Not once did he instill any sort of fear, nor did he ever come across as anything but a buffoon. When I first watched Silence of the Lambs, I thought it was a stupid movie and Hannibal was a joke. Why would anyone be afraid of this guy? He comes across with the mental capacity of an ice cube, not someone who is calm, calculated and always one step ahead in the game.

The Hannibal of the TV series is far more compelling. He is sophisticated, soft spoken, elegant, refined and hides all his misdeeds behind a wall of calm that keeps you completely on edge. Strangely, Hannibal from the series is someone you’d actually like to know.

Who knows where this season will go and if there will be a season 4. I really hope there is as I would love to see them remake the 3 movies as season long episodes. The previous movies would pale in comparison as to what this team would be able to pull together.

We are off to an extremely dangerous start and so much has already been revealed and set in motion. We haven’t seen Will or Jack yet, and we have no idea how many of them survived, but I have no doubt they will be back with a vengeance and will be hell bent to catch Hannibal and have their revenge. Just like the other seasons, this is going to be great and we are in for a treat full of deception, lies and misdirection. And even when we think we know what’s going on, more will be revealed that will completely throw us for a loop.

Who else caught the opening episode? What did you think?