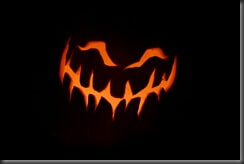 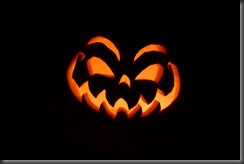 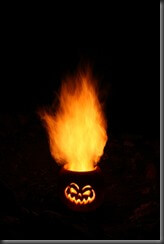 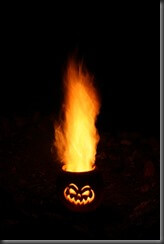 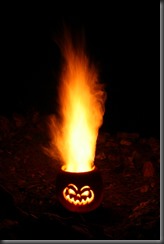 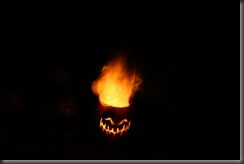 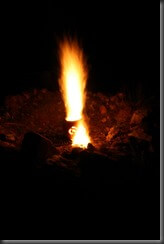 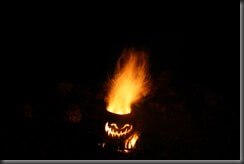 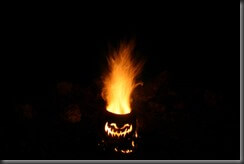 It has indeed been awhile since I took a pumpkin out back and torched it to light up the night sky. The primary reason has been a concern over what the neighbors might think. Some people get a little unnerved when they look out their window while sitting at the dining room table or sitting town to watch TV and see a 7 foot column of fire shooting out the ground while some dark figure sits there taking pictures of the whole ordeal.

With that in mind I’ve relocated to a super secret pumpkin burning facility out in the middle of nowhere, far from the prying eyes of people who don’t believe that pumpkins, toilet paper and gasoline should mix.

For the inaugural torching I went with an image of Cemetery Zombie and Morty, both patterns from ZombiePumpkins.com. Using a restaurant style measuring scoop, it took about 20 minutes to clean the pumpkin and thin down the walls. To punch the stencils and then cut them took about 30 minutes for Morty and around 45 minutes for Cemetery Zombie. The Zombie had several more pieces and was a little more intricate. I wanted something pretty easy to start off with and I think these were good choices. I’ll get a little more fancy next time around.

The pumpkins were set on a cast iron grate so as not to tip over. And last time I checked, cast iron was fireproof. This was placed inside an actual firepit lined circled by large rocks to make sure the flames didn’t go anywhere.

The fire column was the usual 6 feet tall, but my toilet paper roll didn’t get the good soaking it normally does so it didn’t go quite as high or burn as long. But no matter, it was pretty spectacular. 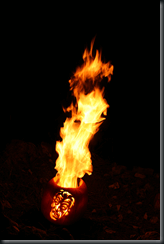 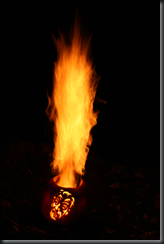 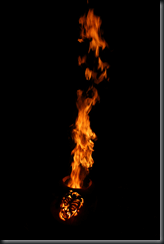 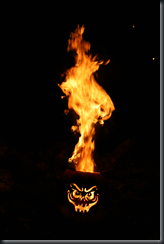 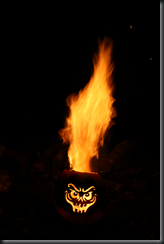 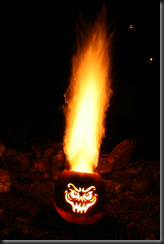 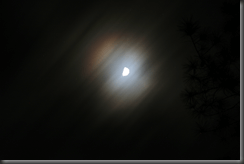 I was just messing around for this last picture. It was a very overcast night and the moon was just peeking through the clouds. It looked quite ominous.