Even though it hasn’t been renewed for second season, 666 Park Avenue is going to play out the rest of the episodes they have. And it’s a real shame this show isn’t coming back because it’s really starting to hit a stride. It’s been a slow build, but things are starting to come together. Gavin’s powers are being revealed and the interconnectedness of lives of the residents of the Drake are coming to the surface.

It’s odd since so much of the writing and presentation reminds me of the first season of Lost. We have all these characters and all these stories that seem a jumbled mess, but as we move forward we see how  they’ve all had an influence on each other. 666 Park Avenue comes across the same way to me. We have Gavin who clearly has mystical powers, but it takes quite awhile to see what they are and what he does with them. With these last two episodes we see that Alexis and Louise have crossed paths before and for reasons unknown Gavin has plans for them. Sasha, the long lost daughter of the Drake’s, believed to have died in a car accident, is quite alive and well working as a political advisor for Henry Martin, the very man Gavin is working his magic for to get him into office. The past doesn’t stay dead for long and one of the original members of the Order of the Dragon has been able to cheat death and is back in the Drake.

There is a lot going on, but it’s all beginning to gel. The pieces are falling into place and what I think would be a great lead in to a second season just won’t be happening. I’d be happy to see 666 Park Avenue get picked up by one of the cable channels where they can find more of an audience. American Horror Story was an unusual and confusing story at first, but once the characters were introduced and put into play it became a very compelling series. It had twists, turns and unexpected results. I see 666 Park Avenue as the same thing. They just got the characters set and got everyone into position. Now the real story is about to begin.

Well, I’ll still be tuning in for the last couple of episodes to see where this goes. I like these kinds of dramas where it takes time to build things up. Single story episodes are fine, but like phone book sized Stephen King novels or the intricate plots of Dan Brown, it takes time to draw you in, but once you’re there, you’re happy to get pulled along for more. 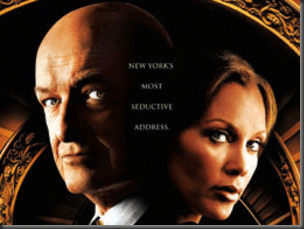