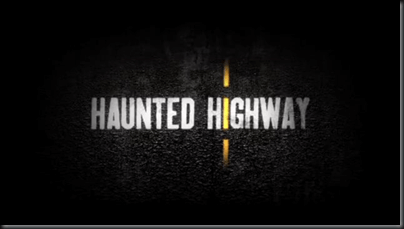 It’s been a long time since we caught up with Jack, Dana, Jael and Devin. In fact, I wondered if Haunted Highway was going to come back. But they are indeed back for another season and their first stop is Fort Jefferson in Florida.

Fort Jefferson was used as a prison in the late 1840s. It was home to many inmates such as Samuel Mudd, and it should come as no surprise the fort had a lot of deaths. Some would say that you if you got sent to Fort Jefferson, you were sent there to die.

They speak to a couple of witnesses who claim to hear voices, see figures, hear scream and have been touched by something. Some say they’ve been pushed. There is also talk of some mysterious lights that people see coming from the island.

One of the odd stories related to that is the underwater cemetery. Fort Jefferson buried prisoners on their own land, but since this is right at sea level the tide would quite literally wash the bodies away. As they come to discover, the graves have drifted out to sea.

The team decides to investigate together and Jael scouts out the underwater grave. She comes back with an impressive old, rusted chain that looks like it would have been attached to a ball and would have the classic "ball and chain" prisoners would have shackled to their feet.

Jack and Devin launch their helicopter to get an aerial view of the place. Not sure what that’s really going to tell us. I think Jack likes messing with RC toys.

As night falls Jack and Jael head out to the water cemetery for some EVP work while Devin and Dana head into the Fort. Jack begins to see lights off in the distant. First there are two lights, then one disappears, then the other. Dana and Devin seem to capture some sort of mist rolling across the tunnel.

In conjunction with the lights on the water they capture footage of what appears to be someone shutting the shudders on the lighthouse door. The light is there and then suddenly gone. Problem is, they don’t go check it out. I would have been all over that, but they accept it and move on. How do they know someone wasn’t in there?

Another piece of evidence is Jack hears someone whispering in his face and gets pretty shaken up about it. Not long after, Dana and Jael check out the lighthouse where Dana gets stuck inside. The door she goes through gets jammed and neither she nor Jael can push it open. Jack however has no problem pushing it open. Of course the first reaction is that the door was simply stuck. It’s warped in some way and just doesn’t fit right. Was there some sort of spirit trying to trap her there?

And finally, as they wander the grounds they come across part of the cemetery that’s still in tact and see what looks like a figure on the thermal imager. Is this the image of one of the prisoners? Does this belong to the voice that whispered to Jack and perhaps stuck Dana in the lighthouse?

So what do you think of Fort Jefferson and the return of Haunted Highway? Jack and the team had a few interesting things happen to them such as the whisper, the mist, the door getting stuck, the odd lights (perhaps even someone snuffing it out) and the image on the thermal. Does all this culminate in the place being haunted? Do they have evidence of strange and unusual paranormal activity going on? Some of does indeed seem quite odd, yet some of it seems very ordinary.

And by the way, was it just me or were there some interesting cleavage shots going on? Not that I’m against paranormal investigations being done in swimsuits.