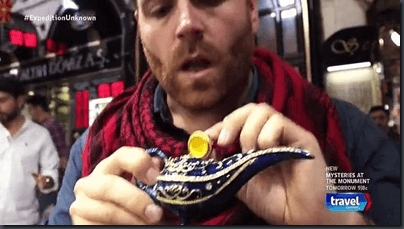 Well, this is a strange story indeed. It involves Suleiman the Magnificent, who died in 1566. That unto itself isn’t all that noteworthy. Nor is it all that noteworthy he died while his troops were attempting to besiege the fortress of Szigetvar. What is noteworthy is that he was considered such a beloved leader, that his heart was removed, placed in a sacred box and buried on the site where he died. That’s one way to express love I suppose.

Suleiman was the longest ruling sultan of the Ottoman Empire and expanded it’s reach and influence during his time. The taking of Szigetvar was the last piece of the puzzle, but alas, his troops were held back. While not killed in battle, he died while the battle was underway. His death was kept from the troops, but his body was prepared for burial; which included removing his organs most notably the heart. His body was then embalmed and prepared for burial in another location. The heart was buried in Turbek, but through additional warfare, Turbek has been erased off the map. And with the city gone, so is the heart. Thus begins the hunt for the sacred treasure box containing the heart of Suleiman the Magnificent.

The first stop on the hunt is Istanbul where Suleiman, minus his heart, is buried in a massive mosque. Josh gains some background on Suleiman and learns the heart is considered a holy relic. It is even said, once the heart is found, it can resurrect and live on.

Josh then heads to Budapest where Suleiman actually died. Like many other cities, there is a network of tunnels beneath the streets where the heart could be hidden. Down into the tunnels they go where they find some interesting artifacts like the tooth of a mammoth as well as dozens of human remains. It actually looks like they’re wandering around in an over populated crypt. It’s also said these tunnels were used by German soldiers as a communications outpost. While extremely interesting, there are no signs of relics related to Suleiman. But you never know, there could be paintings and other tidbits the Germans stashed away. They were kind of known for hiding away treasures.

Josh makes a side trip to the National Archives of Hungary, where they have a drawing of the city from 1664 that may show where the original gravesite in Turbek used to be. With that, it’s off to visit the fortress of Szigetvar where Suleiman made his last stand.

Suleiman thought Szigetvar would be an easy target as he marched on it with 100, 000 troops. To his surprise, he was thwarted by an army of a mere 2300 soldiers, bringing the expansion of his empire to a shocking end. There is currently an excavation going on at the site and Josh is able to unearth a battle axe from that very encounter. Lots of neat weapons, but still, no heart in a box.

While the Szigetvar fortress is easily identifiable, Suleiman’s battle HQ isn’t. It is believed to be 4.2 miles away which is now occupied by private vineyards. Just like Szigetvar, there is a team investigating the site who have found plenty of fragments most likely from walls of the former city.

When not enjoying grapes picked from the vine, Josh makes an observation about an exhaust vent a few feet away from where they get a large hit on the ground penetrating radar. It’s right in the spot they need to dug, perhaps it will give a better clue about what might be buried there. The owner gives permission to enter the wine cellar where they unearth a large piece of sandstone. This could be part of the tomb, part of a wall, or part of a building relating to the lost city of Turbek.

Even though they haven’t found anything that pinpoints the city let alone the heart, this team seems right on the cusp of discovering something interesting. Clearly something is buried there, they just need permission to start digging.
In fact, their find is shown as part of the closing credits and if you search for Suleiman the Magnificent, you’ll see reports all but confirming the location. Looks like this sacred relic will be unearthed any day now.