Ghost Adventures – Ripleys Believe It or Not – S16E01 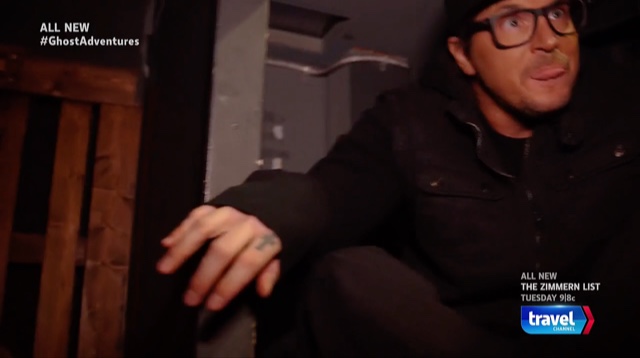 To kick off the new season, Zak and team visit the Ripley’s Believe It or Not museum in Hollywood, California due to claims of bizarre happenings and employee experiences. One employee, who no longer works there, claims she was touched. Another claims to have seen a shadow. A third, claims to have heard voices and had something follow her home.

The museum has shrunken heads, body parts as well as items that were supposedly used in rituals, such as a Japanese sword used in beheadings and a Hate Doll. Zak immediately clues in on the mummified foot and says it’s a cursed item, because items that come from Egyptian tombs have curses on them. That old curse from the time of King Tut is still kicking around.

As they talk with Brittany, she claims to see people in the museum who are tribal. Cari claims a black shadow followed her home and sleeps in her bed. She also has dreams of being in a cave where she is tortured.

This brings Jay to focus on the Hate Doll, which is basically a large voodoo doll. Nails are driven into a statue and each one represents the wish of harm to come to an adversary. Because of this, Zak says it’s a charged and dangerous object.

Meanwhile, Aaron and Billy are using the geomagnetometer, which has never been proven to be a scientific device, and get readings from -30 to 190 within a few steps of each other. Just what is this device measuring? It seems pretty unreliable from those measurements alone.

As the investigation starts, you could have bet money that Aaron would start to feel dizzy and doesn’t like what’s going on around him.

This is followed by a mysterious light coming on because some gaffer tape fell off it. Zak is convinced and adamant the tape didn’t peel or fall off. It has to have been torn off by unseen hands, because tape is sticky.

For the next part of the investigation, Zak is allowed to hold the supposed mummified foot from Egypt. He then has visions of a beautiful woman. At this same time, a stick figure appears, which is a spirit come to watch the event. And as Zak is clearly told of the appearance, he drops to the ground in pain as though attacked by this unseen force.

Next, as Billy says there are two skeletons overlaying, something we have seen before, Zak says he’s channeling the Egyptian princess.

But with these ions in the air, Aaron, who is below the experiment, becomes affected like a rat in a maze. He becomes confused and disoriented, wandering back and forth without purpose. He also claims to hear chanting. Said chanting was not captured.

When he gets close to the tribal mask so he can put in the spirit box, there is a loud bang. He now has no idea what to do or where to go. He’s starts to come unglued as he talks to Zak about his experience and even has tears in his eyes. He says he’s being affected by the mask in cabinet, which was created by a cannibalistic tribe. Or so the card in the display reads.

Because of the effect, Zak is convinced as to how dangerous these objects are. This leads him to bring out the Paranormal Puck. This turns into a conversation where Zak asks if they are in danger. When the answer is ‘killed’, Zak becomes nervous. So where is this mysterious cursed item? According to the electronic oracle, it’s beside him, with the coins. This means the fountain full of coins underneath the Hate Doll is cursed and people putting money in there are worshipping the doll and giving power to the idol.

While there are no shadow figures, nobody gets touched, no booming voices, no actual evidence of any kind, Zak feels this Ripley’s museum is haunted and haunted by something dark.

And just to put it out there, if you work in a place called an Odditorium, which features items of supposed dubious past and then have nightmares about the bizarre practices of some tribesmen, it doesn’t mean the item is haunted or that you have a demonic attachment. That’s just letting your imagination run away with you.

4 Responses to Ghost Adventures – Ripleys Believe It or Not – S16E01