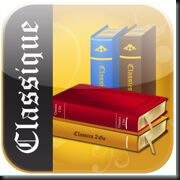 And here is another classic for the iPod, Dr. Jekyll and Mr. Hyde. Again, this story is a mere $0.99 and you can take it with you anywhere. You can’t buy the regular book for that price. I’m sure there are others in the store, but this should get things going. So far we have Dracula, Frankenstein, the works of Poe and the ever popular Dr. Jekyll. That iPod, I knew it would be good for more than just games, watching movies, music and surfing the web.

It’s time to light this pumpkin!

September is here and that means it’s time to start gathering up the Halloween goodies! It’s remarkable how the weather changed on the day to have cooler nights and almost frosty mornings. It’s not quite fall, but you can feel it coming. So from here on I will be collecting desktop wallpapers, cursors, stories, and offering up movie reviews. It’s a countdown until the first flaming pumpkin of the season. If my guess is correct it should be the end of September when the first Halloween sacrifice goes up in a blaze of glory. I have all new ideas and schemes brewing so it should be tons of fun. And there should be plenty of fiery pictures to show off.

I’ve already switched my desktop wallpaper, icons and cursors over to something more appropriate; you’ll see those coming up in the next couple of posts.

Since I now have an iPod Touch I can take Halloween on the road with me. I’ve found some interesting apps and cool book readers you might enjoy as well. Seems you can have mobile Poe, Shelley and Stoker as well as some amusing Halloween games. Pumpkin carving on the iPod, who knew? I haven’t purchased them all yet, I’m still scrounging in the couch for extra change.

Lots of fun stuff is in store, so let the countdown begin!