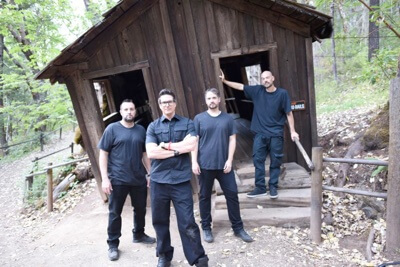 To kick off the new season, Zak and the team head to Wolf Creek, Oregon to investigate an abandoned mining town in Golden. It was owned by Reverend William Ruble, who put up multiple churches instead of the usual saloons, to instill a debilitating fear of the devil.

Right as Aaron sees the church, he makes the usual complaints of stomach pains and throwing up. They speak with Archbishop James Cloud who claims he was previously attacked by an entity and again within the last few minutes, punched in the stomach. He throws out the cliched rumor of occult practices at the abandoned church. In the church, they claim to hear footsteps and that evil is enveloping them.

Zak then asks about the “sanctuary” of witches in the area and their occult rituals. Zak is very particular to use “occult” and “ritual” in as negative a context as he can. He and James both agree the witches are conjuring demons with James going so far as to say their end goal is to bring about the ruination of souls. Clearly he has no prejudice towards the group.

For the next interview, they talk with Amanda who claims she was possessed by an evil spirit. She too claims stomach pains, that she suffered and internal battle and lost time. This leads in to Katherine, James’ wife, who also suffers from stomach pain and wants to throw up. To add to the drama, Katherine claims she has the shakes and can’t stand up. This is caused by an entity speaking through her to say it doesn’t like Zak being there. This is followed up by Nicole, who has a small break down and says this is exactly like the last time – meaning a possession is coming on.

Zak joins Amanda and Katherine in the church, and there’s not points for guessing that Zak begins to act like he’s possessed. He channels Jack Nicholson from the Shining and says the church feels great, but the ladies should leave.

For Day 2, Zak goes to visit the Oregon Vortex, a location where 15 ley lines supposedly intersect. They meet with Elena who takes them on a fun house tour to show them how the vortex energy pushes against them as they lean in a crooked house and how a straw broom can stand on its own. These are both exceedingly cheap tricks seen at amusement parks and haunted attractions all over the country. Any straw broom can be made to stand like that. Simply look up “gravity hill optical illusion” to reveal the nonsense Elena is spewing.

As they start the investigation, they claim to see a figure on thermal. It certainly could be a figure as it’s a real town and they can’t just shut it down. But, it becomes mysterious as Billy and Aaron go searching and can’t find anything.

While they’re out, they head into the general store, where multiple bats are flying around. This is also where Aaron goes into another typical fit saying he’s got shooting pain and his muscles are cramping up. Zak says this is the work of conjured spirits as there are stick figure totems attached by strings to the ceiling.

Zak brings in the SLS camera and as expected, it captures a stick figure, then craps out, making it the most unreliable piece of equipment ever. Again, Jay claims something is walking around, so Zak calls out William Ruble. This causes Zak and Billy to say something is coming toward them.

And in typical fashion, Zak, who is scared witless to do any of his own work, locks Aaron in the church. While Aaron captures nothing, Zak claims a black mass moves over the pews. Or it’s an artifact of the camera shooting in the dark.

With Aaron locked away, Zak and Billy have the crap scared out of them by a mysterious figure moving in the woods giving off light. It’s actually a deer and it’s eyes glow from the camera, like red eye.

Back in nerve center, they get static over their walkie talkies, which they claim is breathing. At the same time, the camera in the general store begins to zoom in and out, most likely caused by the bats flying around.

Also, the school house camera begins to do the same thing as a dust particle or “ball of energy” comes up from the floor. Going outside they see lights in the sky they can’t explain. Considering they couldn’t identify a deer, lights are utterly baffling. To add to the nefarious deeds of the night, they find one of the “Blair Witch” stick figures.

It’s safe to say this episode is riddled with over acting, prejudice, gullibility and whole heap of bullshit. 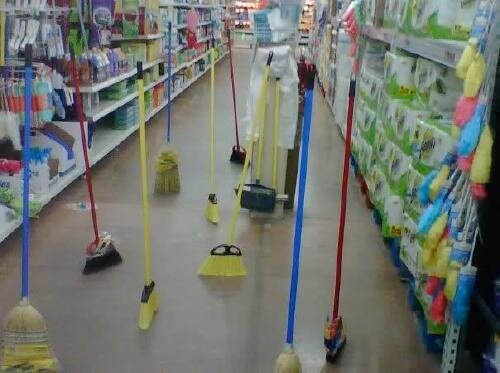