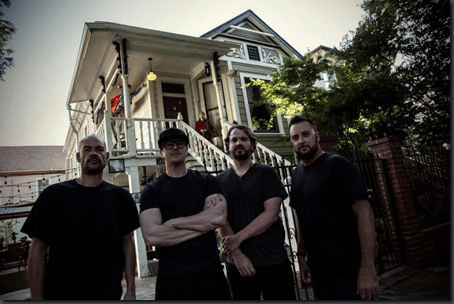 As Zak and the Ghost Adventures team make their rounds of California, they put in a stop at the boarding house of convicted serial killer, Dorothea Puente. She murdered 9 people and buried 7 of them in the yard. She drugged her tenants with poison in order to get their Social Security checks. Some of her victims may have been buried alive and one was dismembered.

When Zak arrives at the house, we are treated to a mannequin of Dorothea by the doorway, a strange rabbit guardian and plaques that claim the house is innocent of the crimes. There is no interview with the current owner, but his nephew and mother both come on camera for their 15 minutes of fame. Peggy, mother of the owner, claims she has seen visions of Dorothea wearing a yellow dress with splotches, giving an awkward smile. She has smelled death and blood. She even says something has pushed her down. When Zak pulls out the recorder to ask why she’s there and why Peggy, he claims to here "to die" and "you’re dead."

We next hear from John Cabrera, who lead the team that dug bodies from the yard. He shows Zak the room where the victims would have been prepared and notes on his last visit, the carpet was soaked with blood. Zak believes the floor has absorbed that energy of evil and it’s now residual in the house. Truth of the matter is, the smell would have seeped into the board, explaining the smell of death.

To get the investigation underway, Zak brings in psychics Michael and Marti Perry. Michaels feels as though he’s choking, after which, Jay joins in. Michael feels he is channeling a man who lived in the house and is stupefied to find the wall has been taken down as though his memory can’t comprehend the change. We learn from John the wall was taken out, so no shocking detail that nobody knew about. It would take 10 seconds of looking at crime scene photos, of which there are many, to note the change.

Meanwhile, Marti draws a picture of who she sees, which is of course Dorothea as confirmed by Peggy. They even superimpose Marti’s cartoon caricature and a picture of Dorothea, which isn’t even a close match. And while Zak makes a big deal about Michael and Marti being blindfolded, they haven’t exactly been a fount of never before known information.

The actual investigation kicks off with Zak and Billy in the house and Jay in the yard. Zak begins by saying he isn’t afraid, to which he gets the reply, "I don’t care." As they toy with the spirit box, they claim to get the words, "hear me?" as though someone is trying to get their attention.

However, as they get near the bedroom, Zak gets a stabbing pain in back, which is now a sign of the paranormal. Next, Zak lays on the bed and goes into a state as though he’s been drugged by Dorothea. Billy makes the offhand comment to put a pillow over Zak’s face, then claims he didn’t know why he said that. Zak plays the role of victim, Billy the poisoner. Zak even goes so far as to roll off the bed and collapse on the floor. That’s some fine method acting.

While out the in the yard, Jay gets responses on the Ovilus that lead him to believe there are actually 15 buried bodies. During the night, they get 6 more names on the device, which they conclude are the 6 lost victims.

After falling out of bed, Zak heads to the death room and feels something come up on him. In conjunction, he hears, "get out" on the recorder. When Aaron lays on the same bed, he hears noises and footsteps.

Finally, Zak gets the SLS camera to try and find Dorothea. Just as he suspected, she’s hiding, but now he’s nabbed her as proven by the stick figure on the screen. Zak then banishes her out of the house. He apparently wields this sort of power.

While some terrible things have happened at that house, the actual owner doesn’t seem to take it all too seriously. The front yard is almost mocking to the legacy of Dorothea. Additionally, we don’t see hide nor hair of the owner. Is he camera shy or he doesn’t want to perpetuate the myths of the house?

When all is said and done, the weak and frail Dorothea, didn’t make her presence felt in a discernible fashion and six random names on a staticky device is not conclusive of more bodies still left to be discovered on the property.