The Savannah Tunnels are another curiosity. Running under Savannah are a series of tunnels that have been associated with multiple uses. Some claim the tunnels are part of the Underground Railroad. Other say the tunnels were used to remove victims of the Yellow Fever so as not to cause a panic. Still other cite the tunnels were used to conduct unauthorized autopsies. Could the tunnels have been used for experiments the hospital knew about, possibly even to research yellow fever and other diseases without exposing other patients and hospital staff? If they were renegade autopsies, what was the purpose? Do we have any notes left behind?

The tour I went on was into the 1884 morgue tunnel under Savannah’s old Candler Hospital. I have to admit that the hospital on it’s own in it’s rather decaying state is enough to install some heebie jeebies. I only wish the tour would have gone inside the old building. But anyway, the tunnel we ventured into was just off to the side of the parking lot. It drops down about 8-10 feet via a stone staircase. The ceiling is pretty short, less than 6ft tall that’s for sure. I 5’9 and I thought for sure I was going to hit my head.

You go in about 30 or so feet and it opens up into a larger square room. It’s claimed that autopsies were performed here. There is debate on whether or not those autopsies were authorized. In the corner looks to be the remnants of an old sink, on the other wall is a filled in cutout, and on the opposite wall are two folding swing arms that look like they could hold a fair amount of weight. Although it’s covered up with concrete, the ceiling supposedly had glass insets so natural light could be used. Wouldn’t that put the class in the middle of the street or let people see what they were working on?

If autopsies were done in here, it would be cramped as hell. I suppose you would have enough room for a "subject", a nurse and a doctor. I don’t think you could add anyone else, there just isn’t space.

But if you continue forward there is another corridor that dead ends (pardon the pun). There is some piping clearly visible and another set of stairs. In the photo I have, if you look at the left wall you can clearly see the swing arms. So all totaled you have a tunnel that is around 60 feet long start to finish, with stairs at both ends. It’s mere feet away from the hospital, is in clear view of everyone and everything. What the heck’s the point? Why bother? It would hardly be a secret lair for nefarious medical deeds. I don’t think you’d be fooling anyone by taking deceased patients through this tiny chute. It doesn’t seem to have been with the intention of connecting to anything else. Quite frankly, as it sits, it doesn’t seem to have a practical use at all.

So is this some secret lair? Is it a false start to the Underground Railroad to keep people from finding the real one? Do the tunnels actually connect? Are we sure this isn’t a root cellar or some other "storage" cellar? If there’s natural light, might they be growing plants or herbs for medicinal purposes?

There are lots of claims that there is (or at least was) a continuous tunnel that connects the Pirate House to the river where drunken sailors were shanghaied and loaded onto boats. From what I can tell no such tunnel exists now and there are no "blueprints" that say there ever was. They have certainly found some interesting doors that go nowhere. Or as the case for my tunnel visit, one that starts and immediately ends. So are there really shanghai tunnels or do we have yet another neat story to attract visitors. Couldn’t it have just as likely been a tunnel to store rum? Or gunpowder? Or guns? Or to hide from authorities?

Is there really an Underground Railroad? It was hardly mentioned in anything I’ve seen, read or heard. You would think such a piece of American History would be forefront and people want to show it off as well as see it. I know I would.

So what are these things? Does anyone actually know or have some neat stories been made up about them to fill in the gaps? Is there a tunnel network under Savannah? Could Ground Penetrating Radar help answer the question? Are these simply old trenches that have been turned into something more?

It’s definitely a mystery… but what kind? 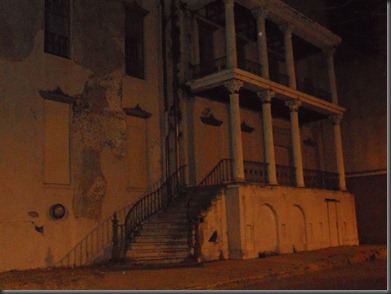 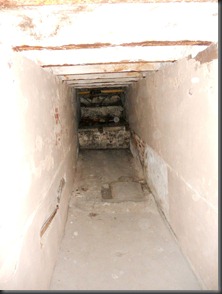 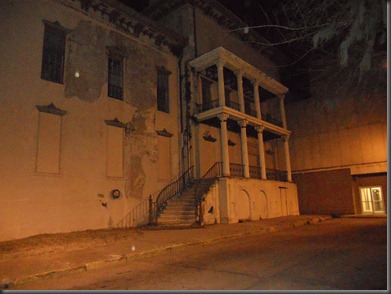