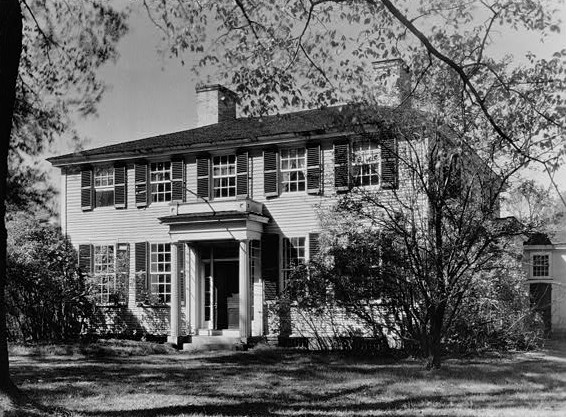 The Oliver Estate sits on 54 acres of land in Massachusetts and was built by Peter Oliver in 1769. The house was used as part of the Underground Railroad and has connections to the Sons of Liberty. It’s located on former Native American land, the tribes were victims of a plague that swept through in 1675. The house was also occupied by the Sproat family, who lost three of their children to illness. The township of Middleboro currently owns the estate and use it as a tourist attraction.

As soon as Katrina see the house she says something is off and they’re being watched. They meet with Leilani who directed the project to save the house. She wants to know if the house is safe for visitors.

On the tour, Katrina says she feels layers of people. Upstairs, she glimpses little feet in the adjacent room and that something is holding her hand.

Downstairs they are shown the entrance to the Underground Railroad and the false room where the Oliver family would have hidden during the turbulent times of the Revolution.

For Day 1, as they set up their equipment, Nick sees something out of the corner of his eye. After following, he feels static energy on the stairs and then a hand reaching for his neck. The Geobox comes through with the words, "I’m here" and Nick feels as though something is pushing him while on the stairs. This leads them to the basement where they get the word, "Shh" twice. At the end of the night, Katrina feels as though something woke her up and she expected to find someone down by her feet.

For Day 2, Nick wants to investigate the woods. He and Katrina both feel there is something ominous about them and feel watched as they look around. Rob, the camera man, says he hears drums as they try to make contact.

That night, Katrina goes back to the nursery where Nick brings out the 3D mapping software. Like the previous episode, a small figure appears and moves close to Katrina.

For Day 3, Nick brings out an Infrasound generator which sounds like a gas powered generator. This is supposed to help the spirit energy and Rob claims to smell gunpowder as soon as it was turned on. The Geobox gives them the word "upstairs" as well as "something is dead" and "all the spirits". Nick claims to see a black mass moving around and both he and Katrina hear footsteps and bangs.

Nick sets up another 3D mapping experiment to make contact with the Sproat children. As he stands in the hall, a small figure appears to latch itself to him and climb up his body. Nick explains he is overcome with emotion and feelings.

Katrina notes there is a black anomaly on the screen which Nick decides to follow. Katrina heads toward the kitchen and ultimately outside claiming she has an emotional connection to the land.

At the end, they meet with Leilani and confirm the house is haunted. Nick has no doubt, but says it’s not malicious. Katrina says the woods are tried to the activity and hold in the emotions.

It’s a rather firm conviction even though most of the evidence is personal experiences. Most of it stems from the 3D mapping which has a track record of producing small stick figures. A lot of influence comes from the Native American land, which has become the fall back story these days.