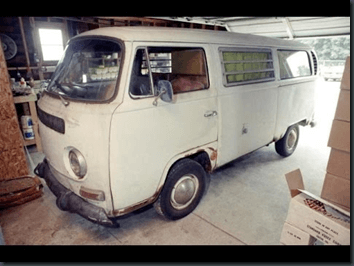 For our next trip into the strange world of Zak Bagans and his Deadly Possessions, we have the van used by Dr. Kevorkian and some artifacts from the boat of Natalie Woods. Now, Zak doesn’t own pieces from the boat, they have been brought down so Zak can have a look and learn more about the unusual story. As for the van, he did indeed purchase it, but there is some question as to its authenticity.

The story of Natalie Wood has some controversy around it, but according to Dennis Dravern, the captain of the boat for that trip, there was alcohol and enflamed tempers. According to Dennis, there was a pretty big argument, where Dennis heard a lot of things being thrown around, then some time later, Natalie’s body was discovered in the water.

Anyway, the current owner claims that while working on the boat, he heard the phone ring in Natalie’s room and when he went to go investigate, he fell through the floor cutting his leg quite badly. It needed stitches and the wound was in the shape of a V. This would be a V in reference to the dinghy aboard the boat. Or the fact his cut his leg on two boards, you decide.

We then have Lana Wood, sister to Natalie, who claims she saw a mist and Natalie’s death was predicted in the sense that there would be fame and loss for one of the sister’s.

The next item is a VW bus in terrible condition. But this isn’t just any bus, it was previously owned by Dr. Jack Kevorkian and was used in at least one of his assisted suicides. According to Geoffrey Fieger, attorney for Kevorkian, that is the death the public knows about.

When Jack passed away, the van was sent to a junk yard to be crushed and scrapped. However, it appears that process didn’t take place and when Zak hands over the title, Geoffrey confirms the signature on the back is Jack’s and the rust, dents and other pieces all prove this to be Kevorkian’s van.

We then have Annie St. John who comes on to discuss how she lives in Jack’s old place and how the person above her committed suicide. Zak brings her to the van and has her climb around and get a feel for the energy.

They have an EMF meter set up that bounces around and Zak feels they keep getting a female voice on the spirit box.

Both of these stories seem pretty fanciful in their grasp at the paranormal, with Annie’s story making no damn sense at all. It seems like Zak brought on objects about the Splendour just to make accusations and stir up some press. It’s all based on hearsay and wild theories.

The van by Kevorkian is indeed interesting, but calling it the Death Mobile or Death Van is just trying to incite "dark energy". If you listen to Zak through both of these interviews, he is leading people where he wants them to go. Notice how he finishes their sentences and instills the idea of paranormal events. He’s leading them to believe things are haunted and takes great joy in trying to turn a skeptic into a believer. He’s hyping up how mysterious these objects are and how powerful they can be. There’s nothing to support this, but all Zak needs is their mystique.

There is no evidence to suggest paranormal or other worldly energy connected to these things. The boards of a boat give way? That has to be paranormal doesn’t it? Someone sits in a rusted out VW Bus after being told it’s Kevorkian’s and they feel something? No power of suggestion going on there.

There are lots of question surrounding the death of Natalie Wood, but you’re not going to get answers by staring at some candles.

You can agree or disagree with Kevorkian, but sitting in that rusted out van with torn up seats and who knows what smells is going to get a response. But it’s not a feeling from beyond.