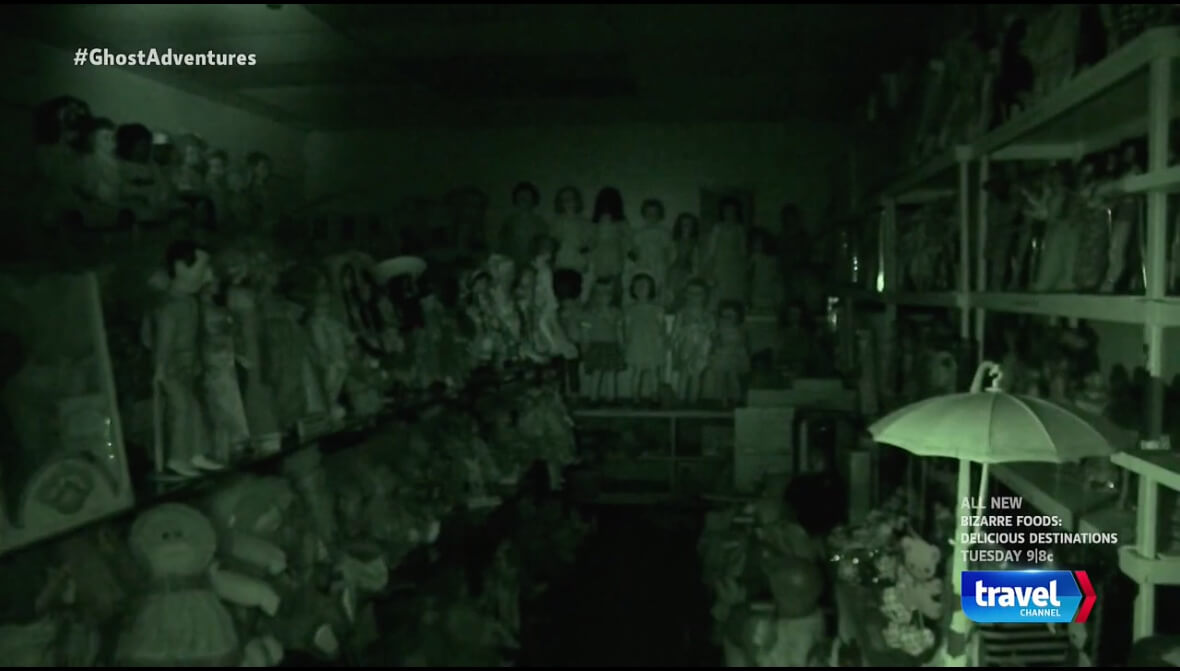 The next stop of the Vicksburg tour brings together more dubious tales and stories. Zak talks with Karen, owner of a salon that’s been around long enough for the building to have been hit with cannon fire and with Mike, owner of antique doll toy store, where a doll sent from a concentration camp calls home.

We start things off with Karen and her husband Derrick, who live above their salon. It used to be a furniture store frequented by plantation owners. Karen then decides to weave in her own unfounded tales by saying, she has no idea what went on there. There could have been torture or even murder. Then again, there could have been nothing of the sort.

Derrick describes a nightmare where he couldn’t move and felt like he was being taken over by an entity, possibly trying to kill him. His son, while aloof and distant, says he is scared and some times feels something might be behind him. Karen is quick to latch onto the idea that these dark entities have given her son and attitude that stinks.

They meet up with another set of investigators who take them down to the basement where they heard a little girl’s voice. This is supposed to be an area where slaves were kept. It would be nice if they provided some proof.

Breaking away, they head over to meet Mike, owner the antique doll shop, where Zak clearly shows his phobia of dolls. But there is one in particular, a doll sent from a family during the Nazi occupation, that holds his interest.

The investigation is broken into two parts. Zak decides to head into the doll shop alone, with Billy and Aaron in the salon.

During the night, Zak claims he records the doll letting out a hiss. He also falls down in a total panic as a doll falls off the shelf. To Zak, this is clear evidence of the paranormal even though other dolls are precariously balancing on the shelves.

Zak further states he has scientific evidence of it being touched by an entity as he gets a “high” EMF reading of 1.0 around the doll. I don’t believe a 1.0 reading of anything should be considered significant. When he picks up the doll, the area is cold as ice, although there is no temperature reading. Then again if there was, it most likely would have read 66.6.

Billy and Aaron are in the basement of the salon where they get the words, Trap, Hi, Africa, Beat, and Climb, which they associate with slavery. Again, no evidence to suggest any of that to be true, but they will run with that idea.

At the end of the investigation, Zak decides to show Karen some footage that says could be disturbing. Zak says something stabbed him in the back and he felt complete and total terror. This causes him to stumble around, knocking things over, crashing into Billy, then cowering in the corner behind him. However, Zak states there was nothing demonic about it and Karen shouldn’t be afraid.

Karen gives him a look like he’s an idiot, and rightfully so.

So, another episode where the tales really aren’t worth a mention. Having a paralyzing nightmare is not evidence of the paranormal. Neither is a board falling over in a basement or a doll falling off a shelf.