The end is nigh! 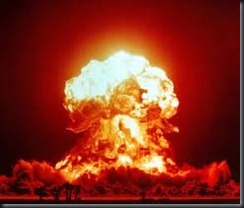 Since the end of the world is at hand I figure you probably need some party music to go along with it. I found this little gem just yesterday and it’s fantastic – The 99 Darkest Pieces Of Classical Music. It has some of the most well known and dramatic classic pieces all gathered together. So when you’re sitting around waiting for 6:00 pm this might help to pass the time.

Now is as good a time as any to catch up on some TV. The Ghost Adventures Poveglia Island and Eastern State Penitentiary are always good choices. I would also suggest the Chernobyl, Pompeii and the Haunted Mining Town episodes of Destination Truth.

If there’s any time left perhaps you could watch Shaun of the Dead or maybe Army of Darkness. There might be some useful skills to be gleaned from that.

So anyway, good luck tomorrow. And if by chance it all goes sideways, thanks for reading! 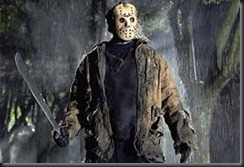 I’m always amused with days like this, the trepidations, the superstitions. There are several people I know who would rather hide at home and wait for the day to pass then venture outside and tempt fate. But I will indulge in and live up to every cliché by watching scary movies and chasing around ghosts. I’m sure I can find a ladder and some cracks in the sidewalk if I’m feeling particularly adventurous.

So where did this legend come from anyway? Some says it’s just a modern creation. Some day it dates back to the Templars. Even the Templar connection may be a very recent one and may have more to do with Dan Brown than anything else. But the mystery of the legend just adds to the allure.

And this is an usual day since this is in fact the only Friday the 13th for 2011. We only had one last year as well. Clearly celebrations of some sort are in order.

Let’s also not forget that there’s a new Ghost Adventures episode this evening where the team investigates the Kentucky Slave House. That should be interesting!

So, has anyone actually had bad luck befall them on a Friday the 13th? I can’t say I’ve ever had anything usual happen. In fact, I tempted fate and got married on Friday the 13th. Happy Anniversary to me!

A quick history of Friday the 13th