Pumpkins are supposed to be scary!

Based on his popular and addictive website ExtremePumpkins.com, Tom Nardone has created a full-color guide to pumpkin carving that’s truly frightening. Featuring the website’s signature Puking Pumpkin, and spanning everything from Drowning Pumpkin, Crime Scene Pumpkin, and Cannibal Pumpkin to Electrocuted Pumpkin and other never-before-seen designs, this gleefully gory guide is nothing short of a manifesto to take back Halloween from the cheerful, the cutesy, and the parent-sanctioned. For the egg-throwing, toilet tissue- streaming, window-soaping teenager in all of us, finally- a whole new way to celebrate October 31.

I found these on www.pintrest.com and thought they were amusing as can be. I’ll have to try these. 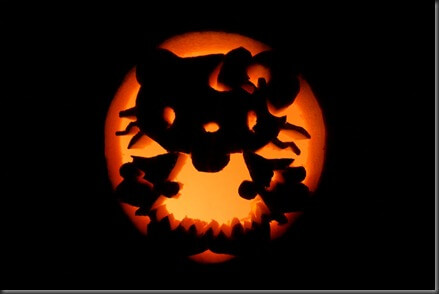 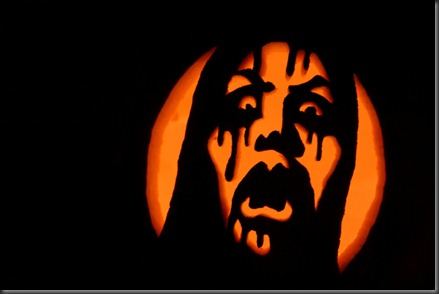 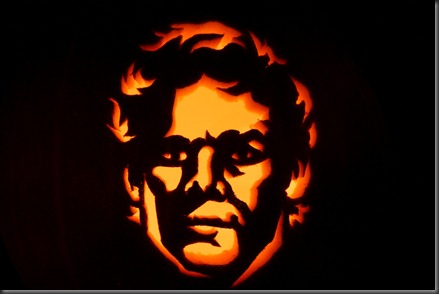 I’ve been sawing away at the pumpkins and here are three of my latest creations – Zombie Hello Kitty, Bloody Mary and Dexter. There are no pictures of these beauties engulfed in fire since it’s been either too windy or too rainy for such antics. Instead, I proudly displayed them outside my office at work and got plenty of compliments.

Tonight I’ll be gutting four huge pumpkins I just bought from the local farmer. They weight about 25lbs each and I had to pay for them by the pound. I’m keeping all the seeds so hopefully next year I’ll have my own pumpkin patch.