Here we have another exciting episode in a hospital shrouded in dark history and medical blunders. We have a doctor with a wife that’s murdered, he doesn’t account for his whereabouts and the police drop the investigation against him. We have a child who dies at a young age after being bitten multiple times by copperhead snakes. (This is an urban legend isn’t it?) We also have a maintenance worker who commits suicide on the property, but says he’ll be back.

I’m extremely excited over the judges since we have Ron Fabiani of Paranormal Cops. I liked that show and I liked his method. I like the way he used measurable criteria and his logical approach. I still think his show had a lot of potential. I’m also excited about having Dr. Andrew Nichols, a parapsychologist. His analysis and insight about EVPs and other evidence is so refreshing to hear.

As for the teams, we have Tennessee Wraith Chasers and the Office of Paranormal Studies who are ready to scour this hospital and see if they come up with evidence. So how does it go for them and what do they come away with?

The teams start off quite well, but we have the blunder of Brandon from OPS who goes off the basement for a solo mission and forgets the digital recorder. He was off on his own for around an hour and a half and doesn’t actually stop to do any real investigating. Not only did he forget the recorder, he spends all his time antagonizing. He doesn’t stop to listen. The other gaff comes from Debbie when she starts to get frustrated at the lack of activity and starts throwing her hands up in the air and saying, "this sucks". She shows a definite lack of leadership and patience. I think she soured her team and drained their energy.

The Tennessee Wraith Chasers come across as a bunch of good ol’ boys and while they seem to know what they’re doing, they lack a certain level of organization. Their investigation is haphazard and doesn’t have a logical flow to it. They also don’t seem all that interested in stopping to capture EVPs. They run into a spot, say a couple things, then act like a bull at the gate to move on. Perhaps they were excited, perhaps overzealous, but in the end, their investigation seemed frantic.

What do we have in evidence? In actually it’s somewhat limited. They both present EVPs that are pretty low quality. I do like how Dr. Nichols is reminding everyone of how saying what you think and EVP says biases everyone else who listens to it. They are all expecting to hear that same phrase and will adjust their interpretation to match. The other evidence is a light source near the tricycle. It’s somewhat interesting, but I’m inclined to agree with Ron and say that is an IR reflection. At any rate, it’s not the sort of evidence that leaps out at you.

It was a good investigation, but to me the best part was listening to Dr. Nichols. He very clearly states that people hear what they want to hear and that when interpreting evidence you can’t jump to conclusions. He stresses there is a lot bias at play and people need to guard against it. I’d love to see him show up in more episodes and I’d be keenly interesting in learning more from him.

My Beer is Haunted!!

I’ve made some ghostly ale! As you can clearly see there is some vaporous apparition in the first photo and it’s gone in the next one! 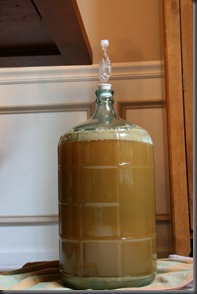 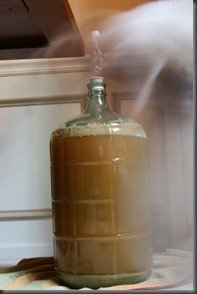 I wonder if this beer will try to take my soul when I drink it?

This is plain awesome! 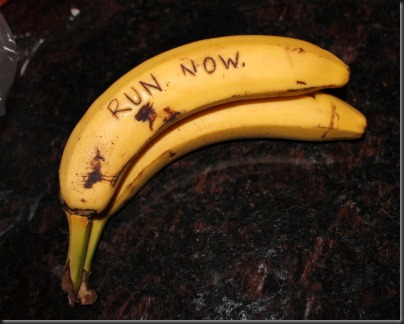 Listen to the bananas

This is another location I absolutely love. The Trans-Allegheny Lunatic Asylum is so vast and is in such a state that just looking at it instills you with fear. But, the fear of this location is real. Some of the worst medical procedures you can think of took place here. As you watch the opening footage of the lobotomies, you can’t help but feel queasy at the horrid treatment people must have suffered here. So many lives lost and ruined. Plus, this is one of the few places that actually seems to live up to its reputation by continually presenting evidence that makes you think.

For this episode, we have the gents from Appalachee Paranormal against the ladies of GALS Paranormal. The only part that really bothers me about all this is Chris Flemming. I have so many issues with that guy and the snake oil he’s selling. But that aside, how did these teams do and what did they add to the history and legend of this place?

I’m very excited that once again we see two teams that have their act together. They know how to investigate, they know how to use the equipment, they don’t spend all their time bickering and acting like juveniles. Both teams have an understanding of the place and put forth their best effort.

As far as evidence goes, they unfortunately present some of the same material we’ve seen before. I really think it’s time to move past the orbs. In a place so run down and abused as this, the chances of capturing something other than dust is pretty remote. As far as the audio evidence, we once again see a team commit one of the classic blunders. They unfortunately recorded themselves and presented it as evidence. One of the women from GALS is captured saying, "Oh, Ow, Ow, my knees" and this is offered up as a paranormal EVP. It was a simple mistake, but I think it shows that you have to be extremely careful with EVP evidence. Any noise, any movement, any shuffling or walking can be picked up and give you a false positive. I think this is a good lesson that not everything out there is paranormal.

Is the photo of a figure standing against the wall a solid piece of evidence? Is this a trick of light? Is it wishful thinking? Do we have a case of matrixing? Or, is this the energy of one of the patients leaning against the wall?

I thought this was a great episode. The teams did well and we got to see more of one of my favorite places. I only wish the evidence could have been stronger.