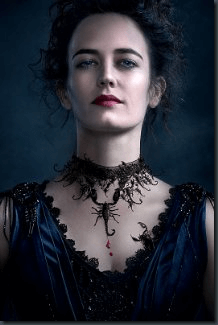 So we’re now just one episode away from the season finale of Hannibal and things took a grizzly and unexpected turn. Not only are Hannibal and Will playing a dangerous game, but we see hints that Jack may be pulling the strings and intends to risk everything to get what we wants. Dr Du Maurier has resurfaced and offers some shocking insight into both Will and Hannibal. And there is more to the attack on her from a patient than we previously knew. While Hannibal may be sympathetic to the incident, there are a few more details.

Hannibal has also grown tired of Mason Verger and feels that it would be in everyone’s best interest if he and Will took care of the problem. Hannibal thinks Mason’s behavior toward Margot is quite terrible, but the way Mason treats his desk and furniture simply can’t be tolerated. The physical torture and abuse is one thing, but putting your feet on a desk is taking things too damn far.

Of course everything is spiraling out of control as to who gets caught first, Hannibal or Will. Which murder is each one guilty of? Is Will a protégé of Hannibal or simply being manipulated? What the devil is going on around here? I can already tell that the last episode is going to make me throw things at the TV. I damn glad there is a Season 3 to explain all this.

I will also say this is by far the most graphics and violent episode in the series. I thought sewing a bird into a man’s chest and then sewing that man into the cavity of a horse was over the top, but the scrimshaw to the face was pretty brutal. The team at NBC is dreaming up some pretty wild and scary plot lines these days.

Hannibal makes it to Season 3, Dracula gets a stake through the heart

I have to say, NBC is quick to cancel shows. In the 11th hour they renewed Hannibal, but decided Dracula wasn’t worth keeping around. I’m truly excited over Hannibal coming back, although I have my doubts we’ll see a 4th season and thus the retelling of the Hannibal series of movies. The shows seems to be struggling, at least according to NBC. I personally think the show is an enormous hit and a bit of a cult classic. It just not as big as the Reality Show dreck that so many people are used to watching. Here’s to hoping we see more of the Hannibal story past his getting caught in Season 3. No, that’s not a spoiler, he would have to get caught in order to make it fit with Red Dragon.

I’m little disappointed we won’t see any more Dracula. I think they had an interesting take on the story and things were just starting to pick up steam. It takes more than 2 episodes to generate a following and I feel Dracula was just starting to build and audience. You have to remember the original story is over 400 pages so there is a lot of ground to cover. Rewriting that story and tossing it out in one season is a hard sell. You have to build that audience over time. Maybe some of these shows will resurface on cable somewhere. You know, not everything has to be a remake of True Blood – a series I never developed a fondness for. This is now part of the series of vampire shows that failed for me. We have Dracula, True Blood and Moonlight (from many years ago).