We finally saw the Bird Girl as featured in the movie and on the book cover. I’m a little disappointed actually. She has nothing to do with Savannah, or a Savannah artist, or a little girl of some prominence or even Bonaventure. Its just a statue made in 1936 that everyone ignored until it’s picture was taken at the last minute for the book cover. The guy got lucky and photographed a creepy little statue for a murder mystery. I thought the statue would be steeped in history and lore. Absolutely not. It’s just a statue of a girl holding two bowls. It used to be in the cemetery, nowhere near Johnny Mercer or John Williams, but when people went down there to see it, it was yanked out of there. Now it sits in an art gallery where you can’t take pictures of it, this way you’re forced to buy little statues that cost an absolute fortune! They are trying to milk out every dime from tourists. It’s an interesting statue, but after learning the real story behind it, it’s commercialization, and it’s complete lack of a tie in to anything related to the movie or Savannah, I’m sort of put off. 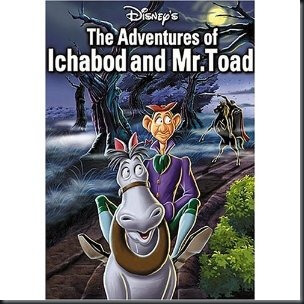 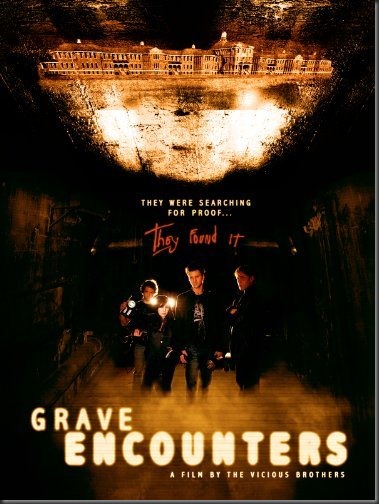 Lance Preston and the crew of “Grave Encounters”, a ghost-hunting reality television show, are shooting an episode inside the abandoned Collingwood Psychiatric Hospital, where unexplained phenomena has been reported for years. All in the name of good television, they voluntarily lock themselves inside the building for the night and begin a paranormal investigation, capturing everything on camera. They quickly realize that the building is more than just haunted – it is alive – and it has no intention of ever letting them leave. They find themselves lost in a labyrinth maze of endless hallways and corridors, terrorized by the ghosts of the former patients. They soon begin to question their own sanity, slipping deeper and deeper into the depths of madness, ultimately discovering the truth behind the hospital’s dark past…and taping what turns out to be their final episode.

What grabbed me about this movie was that is sounded exactly like the set up for Ghost Adventures. A small team locks themselves in a psychiatric hospital so they can record evidence of the paranormal. It seemed like a parody to me, but the reviews were surprisingly positive. I’ve never heard of this movie before and the DVD isn’t scheduled to come out until October, but Amazon has a digital rental.

Ok, right off the bat this is a mix of Ghost Adventures, Blair Witch, Kingdom Hospital, The Shining, Paranormal Activity and several other movies all rolled into one. What we’re watching are the "lost diaries" of the team after their final episode has been taped. What ensues is a Ghost Adventures episode gone wrong. There is a lot of humor in the set up where Lance speaks to the camera in his William Shatner like tone, he bribes a gardener to make up stories about seeing apparitions, the maintenance guy is less than thrilled to be on camera and have these "kids" running around the place and he even has a "medium" come in to talk about what he feels. It has all the elements from all the paranormal shows. It also has the night vision cameras, the slightly matrixing walls and hallways where you desperately try to scan the room looking for shadows and plenty of rooms where nothing happens. But then all of a sudden…

Honestly, this movie entertained the hell out of me. Its low budget scares, wildly jerky camera angles, Halloween fun house effects and just as much cussing as you find in Scarface, give you a wild ride through a creepy hospital where the corridors are endless and hallways lead to dead ends. This is the raw footage so nothing gets bleeped. Bottom line, expect plenty of F-Bombs. It all starts rather cynically, as Lance is just doing this to get some scares for the folks at home and to try make some money. The previous episodes have been good, but he needs some evidence to keep the show going. He’s ready just to make stuff up if it keeps the ratings up.

Evidence is what he gets. I won’t give any details as that will spoil the ride, but there was plenty to like. It gets a little silly in a few places, where they go for shock factor or the "gross out" effect, but overall you should be entertained. This will make some for some great late night viewing. As I said, there are plenty of long dark hallways, rooms where you expect something to leap out at you, screaming and chaos off camera and plenty of doors slowly opening and closing. It’s a mixture of low key scares and in your face action. You’re just not sure which one is coming next.

If you’re looking for something to add to your Halloween movie collection, this is definitely a rental to keep in mind. 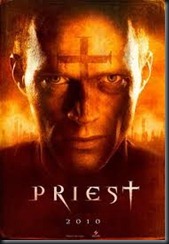